I was born in Siberia in 1976, in a small Mongolian village not far from the place where Genghis Khan started his conquest. It was a poor village. We had no sanitation in the house and almost no electricity, so as I began my education, I had to study by the light of a kerosene lamp.

I was raised by my grandma and grandpa—both teachers in a school. Quite early I realized that I love and I am good at science and math, and after several victories in the Russian physics competitions I was invited to the best technical boarding high school, in Novosibirsk Akademgorodok—the largest Russian scientific center. It was a joint program with Philips Academy, from Andover, MA—one of the best private schools in the US. While in school, a dream of space exploration crystalized in my mind. I planned to become a space engineer. In an interview with a local newspaper all the way back in 1993 I’m quoted saying saying,

“I want to be in the field of advanced rocket engines, I look much forward, into the future. If I’m lucky, I will participate in space research, development, maybe I’ll fly to Mars…”

After finishing high school later that year I was admitted to the physics department of Novosibirsk State University—the best foundry for physicists in Russia. Although quickly became one of the most prominent students, in 1996 I decided to pause my education and start my own company. Several years later, when I had a large local business, I went back to university and finished with honors.

In the business of starting businesses

I had a very interesting and successful entrepreneurial career. I started my first company when I was 19 by providing explosives and chemical services to Siberian mining companies. This first company grew very fast, and just in four years we became the largest supplier of explosives in Siberia.

After several years in this business, I started a chain of home merchandize retail stores. At the time, the Russian consumer market was booming with prosperity, similar to the ‘roaring 20s’ in the US. Our customers were happy, and our amateur mistakes were tolerated. We were lucky, and we worked hard, and just in few years, after having started with just one store, we built a retail chain of more than 100 outlets with thousands employees, hundreds of millions in revenue, and nation-wide operations. Following this success, in 2010 we bought another large consumer electronics retail chain from bankruptcy and quickly turned it around. By the end, we we generated more than a billion dollars in revenue.

After 15 crazy years in business, and several years in the exhausting world of retail, I had a mid-life crisis. I felt empty having spent so much time on work that I liked but didn’t truly love. So I decided to sell all my businesses and pursue something sublime—something I was predestined to do. I researched several industries, like drones and smart grids, but finally I realized that my path should’ve been obvious to me: I wanted to build a space company, my childhood dream.

Ever since that pivotal moment, the journey has been quite interesting. In 2011 I co-founded Dauria Aerospace, the first Russian private aerospace company, named after my native region in Siberia, near the Mongolian border. But shortly after launch of first Dauria satellite in 2014, I decided to leave Dauria and to move to United States, where I joined the founding team of Helios Wire and Astro Digital. Together we launched 10 satellites, four of which we tragically lost in rocket failure. Regardless, it felt wonderful to be a part of companies actively building their space destiny. 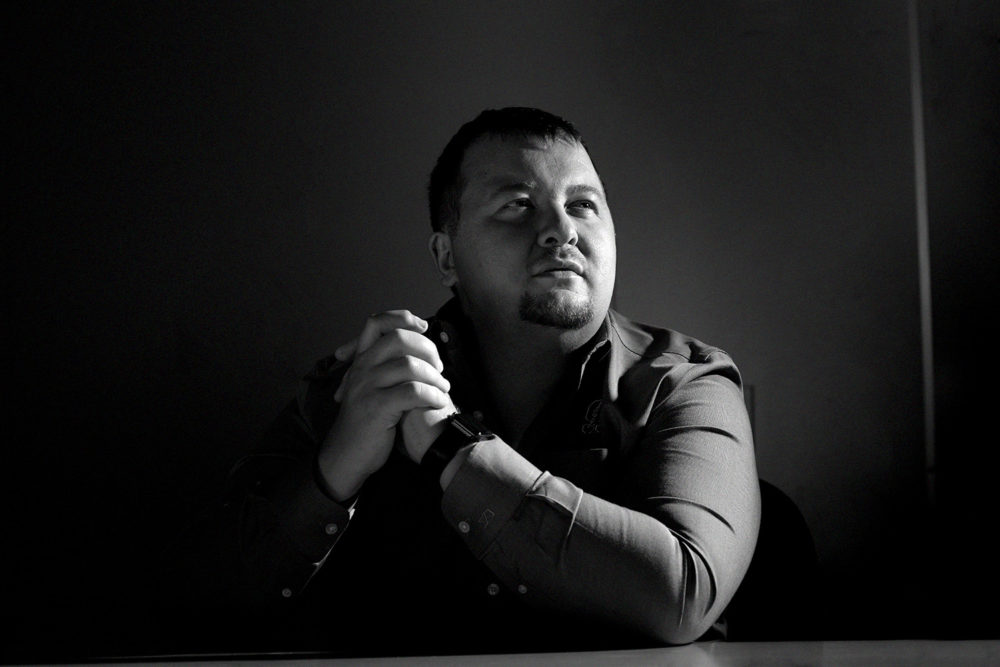 Since my entry into the private space sector, I’d always thought about in-space transportation. The new space revolution started due to a dramatic reduction in the cost to access space. Rideshares launches, reusable rockets, emerging small launchers have reduced the ticket space down to hundreds of thousands or a few million dollars for small satellites. New space companies flourished by launch cost disruption. More than 30 commercial operators are building smallsat capabilities and plan on installing large constellations in Low-Earth Orbit (LEO) to offer low-cost imagery and affordable global connectivity solutions. According to a recent Frost & Sullivan report about the Small Satellite Launch Services Market, these advancements could take the market past the $62 billion mark. But current disruption is primary focused on LEO, access to orbits higher than LEO and beyond is still prohibitively expensive.

This reality is the main driver in our decision to build in-space rockets, for transportation beyond LEO, powered by proprietary water plasma thrusters. With Momentus I am not only satisfying my personal desire to be passionate about my work, I am literally powering the movement of humanity—and in doing this I am proud.